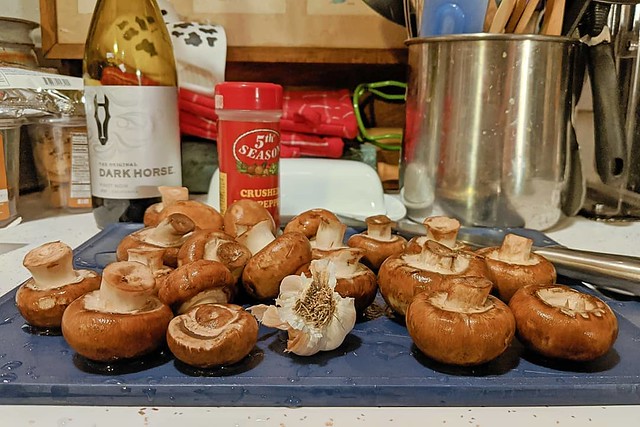 With Mazzy and a general not wanting to go out of my house for New Years Eve feeling, we told our friends to come on over to eat food, hang out, and imbibe a few beverages. While we hadn’t planned on doing anything, we had a crap ton of food in the fridge/freezer to feed people with.

The plan was grilled chicken bacon and Swiss baked sammiches with sides of scallop scampi, and potato salad. I also made some guac and people brought other munchies like buffalo chicken dip. OMG it’s so good.

We didn’t even get to the sammiches or the potato salad. There was SO much food.

Originally, I was going to make stuffed mushrooms for Nik’s dad but I got distracted with Mazzy and forgot. Instead of letting the beautiful crimini mushrooms I had go to waste, I whipped up some of my Step Daddy-Bill’s bits of delight to add to the table.

These things are great. I’ve put them on pizza, salads, in pasta, just in my mouth. You get the idea? I thought so.

You need about a pound of crimini mushrooms. (They’re also called baby bellas.) I’ve used button mushrooms (white ones) and cut up portabellas too. So far, they’ve all worked.

I put 4-5 cloves of garlic in the butter. I’m part Italian so I mince garlic until my heart says, “That’s enough.” You can use less if you want. Or more. Your call. You’ll want at least 2 cloves in there though if I do say so myself.

You’ll want a nice dry red wine. I used Dark Horse Pinot Nior because it was open. You need a cup or so. Then I poured a glass for me. You can do this, or not. Your call.

You’ll need a stick of butter and red pepper flakes. I use a healthy pinch of them. If you’re into measurements, it’s about a rounded 1/4 of a teaspoon.

So now for what you do.

Wash and rough chop the mushrooms including the stems. Mince the garlic. Pour the wine. Have a sip.

Put the stick of butter in the pan on medium and when it starts to melt, put the garlic in the puddle. When it’s totally melted, put in the chopped mushrooms. Cook that until fragrant. Get those mushrooms nice and butter coated.

Pour in the cup or so of wine. Not the one you’re drinking out of, silly.

Bring all of that to a low simmer and sprinkle in the red pepper flakes. Cook until reduced by half or more. You’ll have a really nice sauce going on. If it doesn’t thickly coat the back of a spoon, reduce some more.

Patience for this dish is key. It takes a bit to reduce without scorching the sugars in the garlic and the wine. Your patience will be well rewarded. 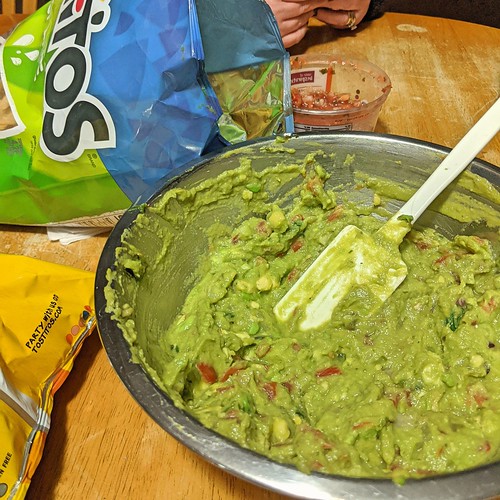 My brother texted me Saturday night to see what was up. I sent him this picture as a reply with a caption, “shoving this in my face”.

He approved. I’m not sure if it was the guac or the feeding my inner fat kid. Could be both.

That guac? It’s good stuff. I know because I make it a lot. I prefer to use Lime Tostitos as a vehicle to eat it, but anything works, really.  Even veggies if you want to be healthy.

I made it a couple of times like for Margarita Night and Chicken Fajita night with Nik’s cousin’s family. Nik’s cousin’s wife asked for the recipe because she wanted to make it to take to feed someone else. I laughed and told her it’s more of a “put some stuff in a bowl and mix” than an actual recipe.

But, I shared it with her and I’m going to share with you.

See, I believe good food should be shared. I’m not one to keep food secrets to myself (not that this is top secret) because food is love. Now, there are times I don’t share everything I do when I cook or bake. It’s mostly because I listen to my heart when it comes to food and sometimes am winging it. I often forget something I threw something in a particular mix. Please understand it isn’t that I can’t tell you, it’s not because I don’t want you to know.

Now, I often get my ingredients at Walmart because that’s the main option out in the country. The actual grocery store is pretty crappy most of the time. If you have somewhere else to source the following, by all means, please go there.

You need to get a thing of HOT Pico De Gallo, a thing of premade guac about the same size, and about the same amount of avocado puree (Preferably chunky. If they don’t have that, get a couple of avocados, peel them, put them on a plate and roughly smush with a fork). Oh, and a lime if you like extra lime.

Now are you ready for the magic? Put the whole container of Pico in a bowl. Add the pre-made guac. Add the same amount of avocado puree. Squeeze half the lime into it, but you don’t need to go nuts. Anyway. Put it in the bowl, fold it all together, you can chill if you want or you can eat it then.

You are totally welcome to make this all from scratch if you want – it’s not hard, but let’s face it, everyone is busy, it’s a pain to get some of the ingredients in some stores, and I always cut myself when I’m cutting hot peppers.

Pico it is. Enjoy. 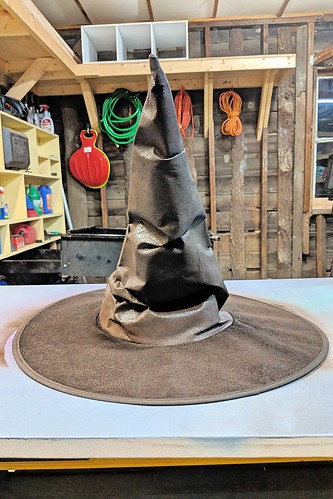 I’m supposed to be writing a post bout Mission Moving More, but…yeah. Other than walking around, moving boxes, etc. there hasn’t been that much. I even cut way back on yoga to get the move done. (Which is still in lots of boxes, but what can I do? I’m only human.)

Sure, that’s all movement, but none of it was actually intentional. Much of it was even begrudgingly! I want to do movement that I want to do. I (maybe) can admit that it was good for me to do a lot of that stuff. I feel strong for being able to lift, carry, and move what we did, but I’m kind of shot right now.

Instead, I’m going to tell you toss out a Made it Monday post and see if it sticks.

In the car on the way back from Buffalo Saturday night, I was thinking about how we all make things all the time. We make decisions, food, and connections. We make time, commitments, and mistakes.  In all of this, we’re making a life.

But are you making the life you want? I was thinking about how some of the decisions I’ve made lately, didn’t necessarily support the life I want to live or what I want my life to look like. I can’t unmake those decisions, but I can make different ones today and going forward. (Don’t worry, none of them were terrible, just not supportive of what I want to do or who I want to be.)

What have you made lately? How about for dinner? I’m getting really stuck on that one…