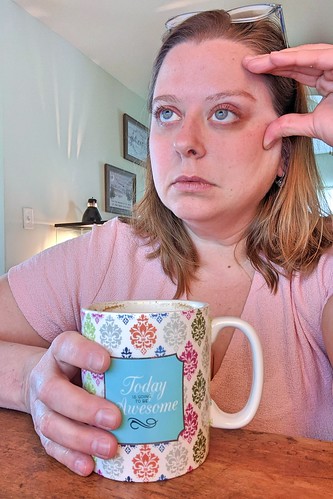 No, that’s not a black eye there, that’s allergies and mental exhaustion. Yay super pale skin that shows everything.

Who’s with me on the mental exhaustion? I thought I was doing pretty well with everything, considered, but I was talking to my super fabulous coworker about how messed up my dreams are and how it’s jacking up my sleep in weird ways.

I mean I had one the other night about how someone gave me a horse with a broken hoof and I wasn’t allowed to give the horse away to someone who knew what they were doing. I had to take care of it and heal it. I kept misplacing the horse, which made it worse. I felt like a terrible person the whole time because not only did I not really want the horse, I couldn’t even take care of it. I didn’t even know the person who gave it to me either!

I’m sure there’s all sorts of symbolism to unpack in that little gem, but I’m not particularly in the mood to figure it out right now.

After getting a chuckle about my dream about the horse, my super fabulous coworker asked if I was feeling stressed. No, not more than usual actually. But then I realized that while I might be okay awake or THINK I’m okay awake, clearly my subconscious has other ideas.

I have a few dreams like that many nights. They’re not the kind of nightmares you wake up screaming from, but the kind that sit with you for a long time and make you feel bad, sad, confused, or hurt. When they don’t make you feel icky, they leave you with a feeling of “What the hell just happened?”

Anyway, I’m working on the mental exhaustion and underlying stress, feeling trapped at home, and all the other less than wonderful feelings right now. I’m doing my part so the front line has a smidge of an easier time with theirs. I’m trying to focus on the stuff I need to get done, but focus is even harder than usual.

I’ve done some etsy shopping to support others, bid on a piece of art a friend was selling (and it’s coming to live with me), watched some online music shows from friends, walk a lot with Mazzy, bake, and am trying to do creative things.

I’ve been trying to keep in touch with friends, and other things I’m told are good for me – like squats and planks. Sometimes I do interpretive dance to the song playing. 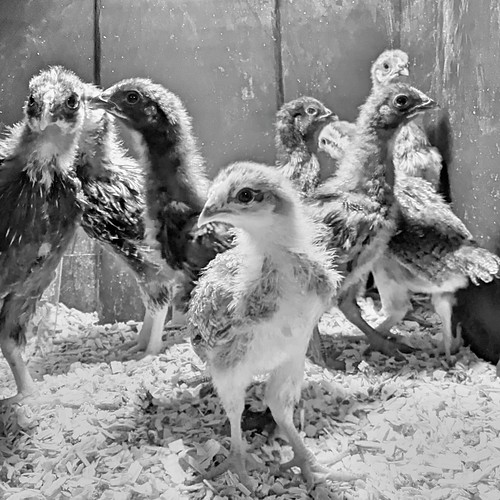 I know I’m incredibly lucky to be working where I am, to have some reserves, talent, and outlets.

I also have some things in the works which will make me smile more. A surprise flower bed for E. (Rainbow gladiolas that likely won’t be in ROYGBV order, but I think she’ll like them. I’m going to love them.) We’re working on getting the garden started and the chicken coop painted with names for the chickens. We have to start some new seedlings for some of the plants, it’s been cold and they aren’t doing as well. Frankly, some of them are kaput.

(By the way, I’ve made some super cute markers for the garden! I can’t wait for my laminator to get here to put them out. I do a post about the things I’ve been making soon.)

Hopefully, we’ll be getting a swing for the front porch and the flowers will come in, the chicks will produce eggs, and the garden will be bountiful giving me lots of other things to focus on.

If I have to work and be home all summer, it’s going to be as lovely, peaceful, and happy as I can make it. Damn it.